The Company has ~1,500 hectares of land holdings in the Henry Mountains region of Utah, within Garfield & Wayne Counties. Exploration is currently focused on approximately 5kms of mineralised trend that extends between the Rat Nest & Jeffrey claim groups & includes the Section 36 state lease block. Uranium & vanadium mineralisation in this location is generally shallow at 20-30m average depth. The region forms part of the prolific Colorado Plateau uranium province which historically provided the most important uranium resources in the USA. Sandstone hosted ores have been mined in the region since 1904 and the mining region has historically produced in excess of 17.5Mt @ 2,400ppm U3O8 (92 mlbs U3O8) and 12,500 ppm V2O5 (482 mlbs V2O5)[1].

GTI completed a field reconnaissance exploration program during early November 2021 at its Henry Mountains project. The program aimed to enhance GTI’s understanding of uranium & vanadium mineralisation within Section 2 at the southwestern end of the 5.5km mineralised strike including Section 36 between the Jeffery & Rats Nest areas (Figure 2). The data collected will help guide any further exploration drilling at the project area.

The program discovered 308 additional backfill-abandoned drill holes and within the extents of the Rats Nest and Section 2 properties. In addition, 3,700 ft of mineralized contact was mapped via outcrop and confirmed by scintillometer reading. 34 open underground mine workings were located and mapped with 4 of the underground workings shown to extend beyond 100 feet in drift length. The information gathered from confirms the overall 5.5km Trend and has provided valuable data to help guide the next phase of drilling being considered for 2022.

The Company notes that these projects have been mined historically using low capital-intensive underground mining methods with ore sold, either directly or via a consolidator or buying station, to one of the conventional uranium processing mills in the area e.g., the White Mesa Mill at Blanding which also paid for the usually significant vanadium content (often a 5 to 1 ratio) of the local ore.

This mining activity is believed to have occurred during the mid-1970’s & early 1980’s when uranium price was at the accepted industry incentive pricing of US$50-$60 per pound with vanadium trading at around US$4 -$5 per pound.

In connection with the closing of the Transaction, the companies have also agreed to enter into toll-milling and operating agreements with respect to the Projects which positions CUR as a potential near-term US Uranium producer subject to an improvement in uranium market conditions and/or CUR entering into acceptable uranium supply agreements[2].

The Company see this move by Energy Fuels and CUR as encouraging, particularly because it appears to affirm Energy Fuels intention to toll treat district ore in the future.  The Company intends to take a measured approach to additional drilling and development of the project as Energy Fuels is not yet purchasing ore due to current uranium market conditions. 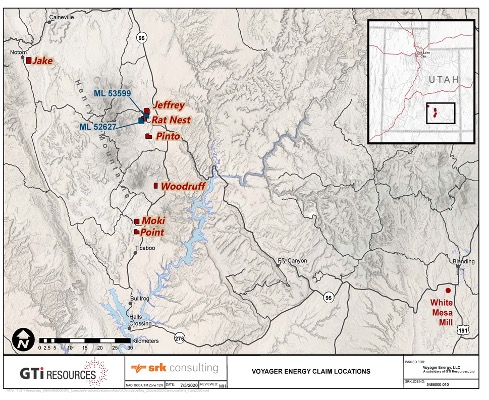 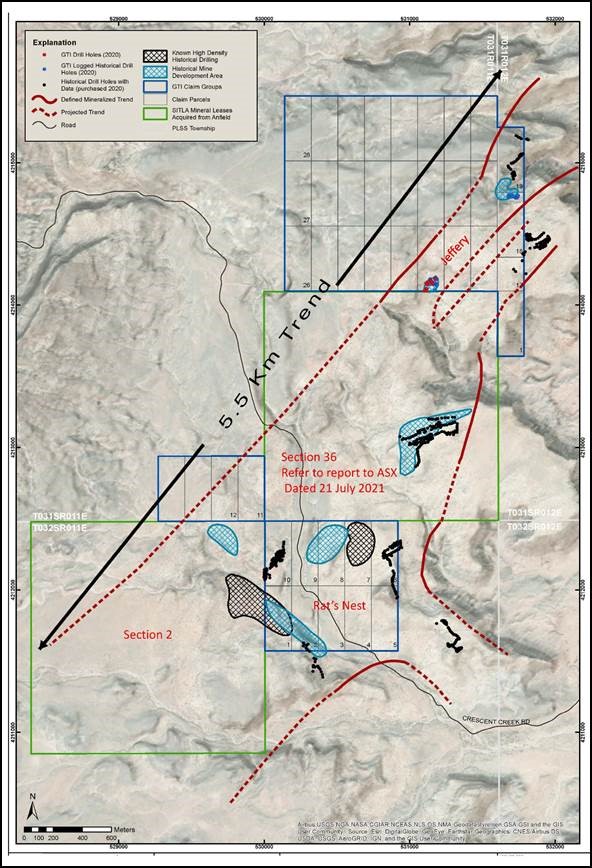 The Company has ~1,500 hectares of land holdings in the Henry Mountains region of Utah, within Garfield & Wayne Counties. Exploration is currently focused on approximately 5kms of mineralised trend that extends between the Rat Nest & Jeffrey…
Uranium