Drilling at the Thor Project (GDB)

GTI has most recently been exploring at the Thor Project in Wyoming’s Great Divide Basin and in mid‐March this year completed its maiden drill program using 2 mud rotary drill rigs. The Company has drilled ~15,000 metres to date at Thor and reported these drill results to ASX on 29 March 2022.

100 drill holes were completed at the Thor Project for a total of 48,540 feet (14,795 metres). Results are in line with or better than expectation and are viewed by the Company as indicative of high potential for economic ISR uranium mineralisation.

The mineralisation encountered met and or exceeded expectations for economic ISR uranium recovery. Drilling confirmed that the historic Kerr McGee data is an excellent guide for drilling. Drilling showed that the geological and hydrogeological setting of the mineralisation appears to be conducive to ISR recovery with the main host sand appearing to be continuous in the area and the water table being over 100 feet above the main host sand.

Drilling has shown that there are at least 3 separate roll fronts present in the main host sand with additional sands positioned above and below the main sand unit showing at least trace mineralisation.

GTI’s exploration objective for this drill program was to identify REDOX boundaries and potential host sands in addition to defining the depth, thickness, grade and width of mineralisation across the REDOX front. The Company is targeting mineralisation 50 feet (15 metres) or more below the water table.

Ultimately the Company is focused on defining mineralisation similar to that discovered and mined at the nearby Lost Creek deposit and that otherwise meets typical economic cutoff criteria for sandstone hosted ISR uranium projects in Wyoming’s Great Divide Basin.

This has been a successful first drill program in Wyoming and indicates that follow-up drilling is warranted. Planning and permitting is underway for a follow-on summer drill campaign at Thor in addition to first pass reconnaissance drilling at GTI’s Wicket East, Teebo, Odin and Loki Project areas located approximately 5 – 10kms north of Thor and proximate to URE’s Lost Soldier deposit and UEC’s Antelope & Twin Buttes projects. 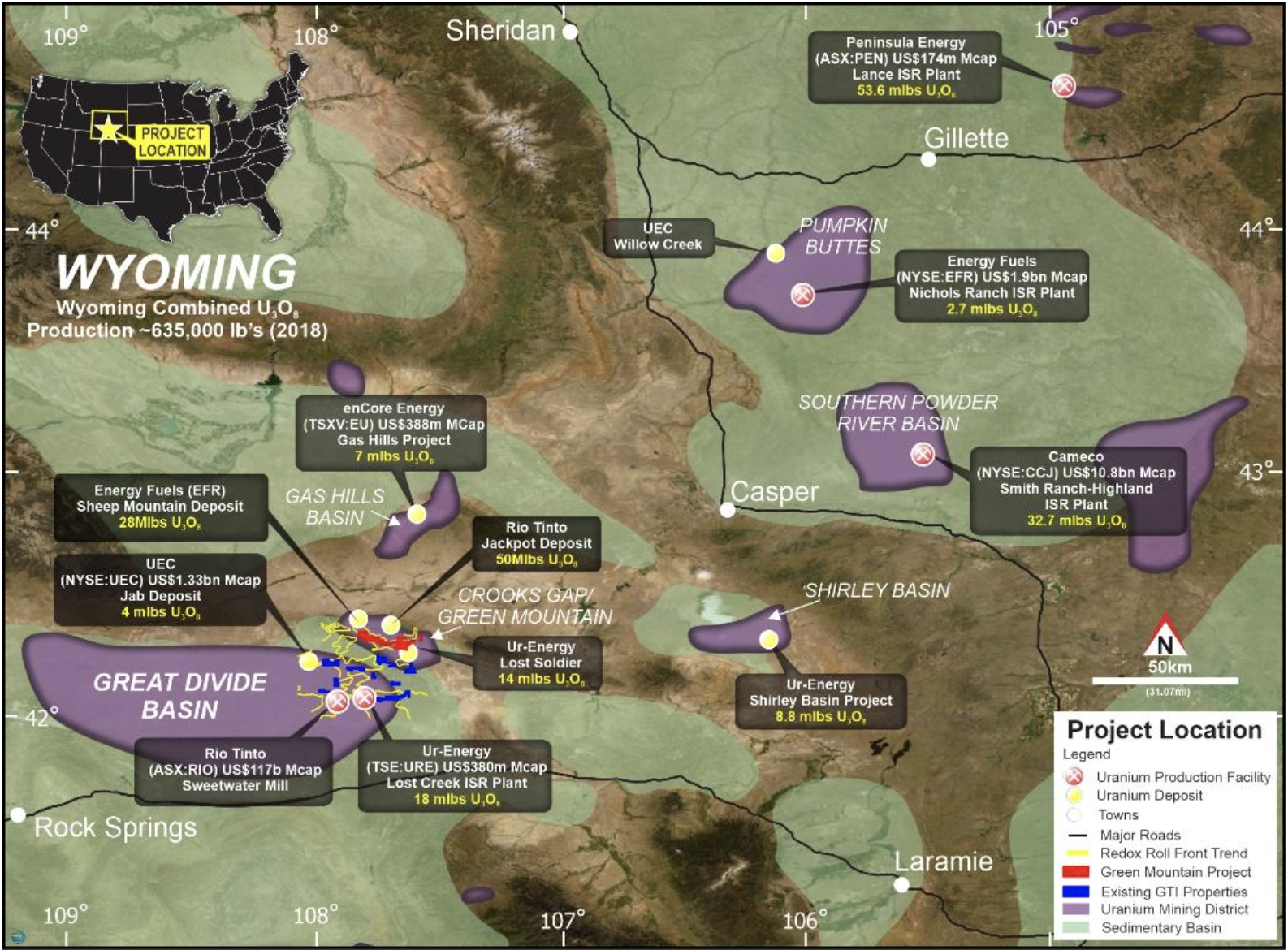 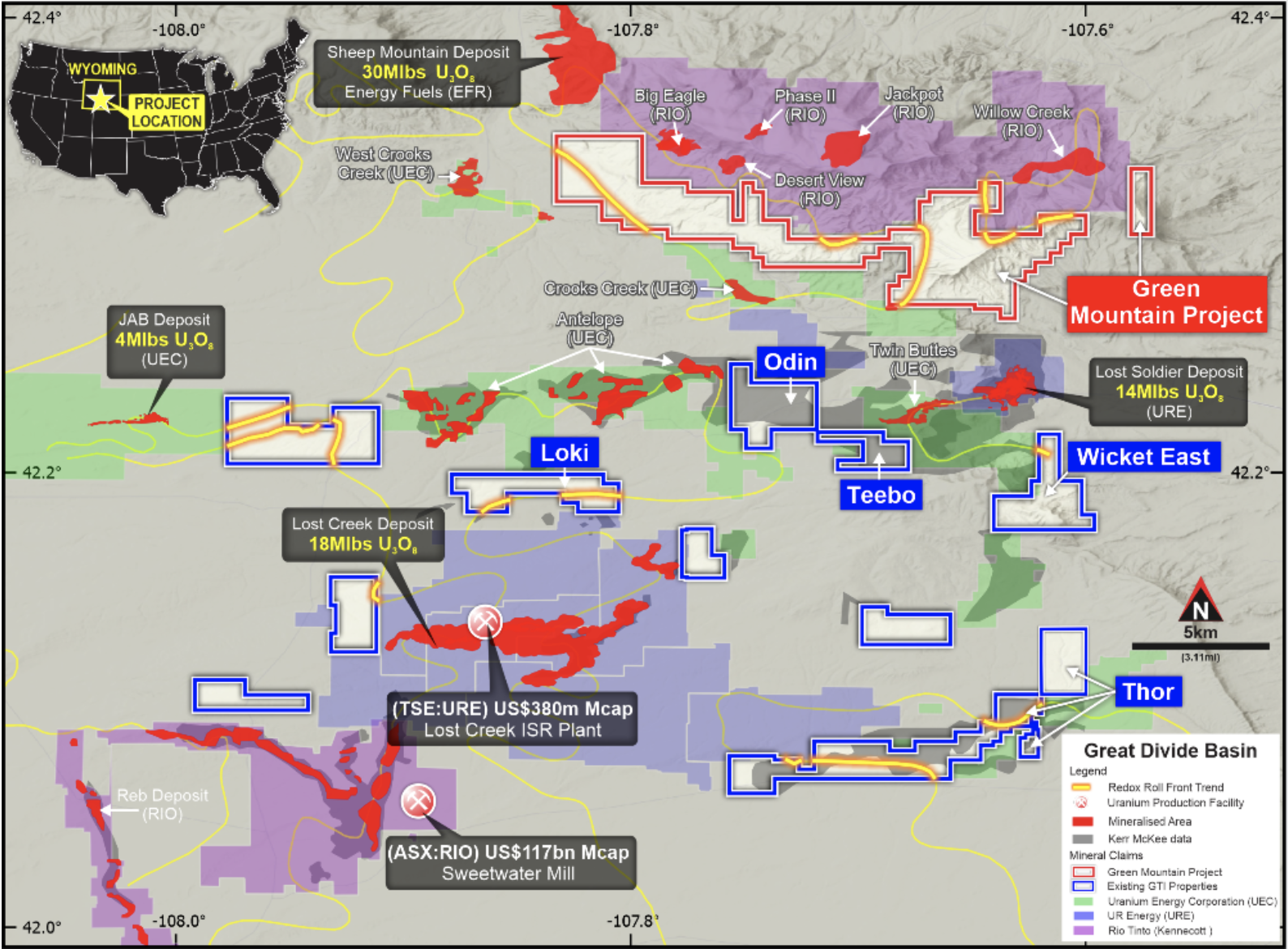 The Niagara project is located ~6 km southwest of Kookynie in the central goldfields of Western Australia. Regener8 Resources NL (R8R) is acquiring Niagara as part of its planned IPO on the ASX during mid 2022…
Uranium & Vanadium

The Company has ~1,500 hectares of land holdings prospective for uranium & vanadium in the Henry Mountains region of Utah. Exploration has focused…
Uranium